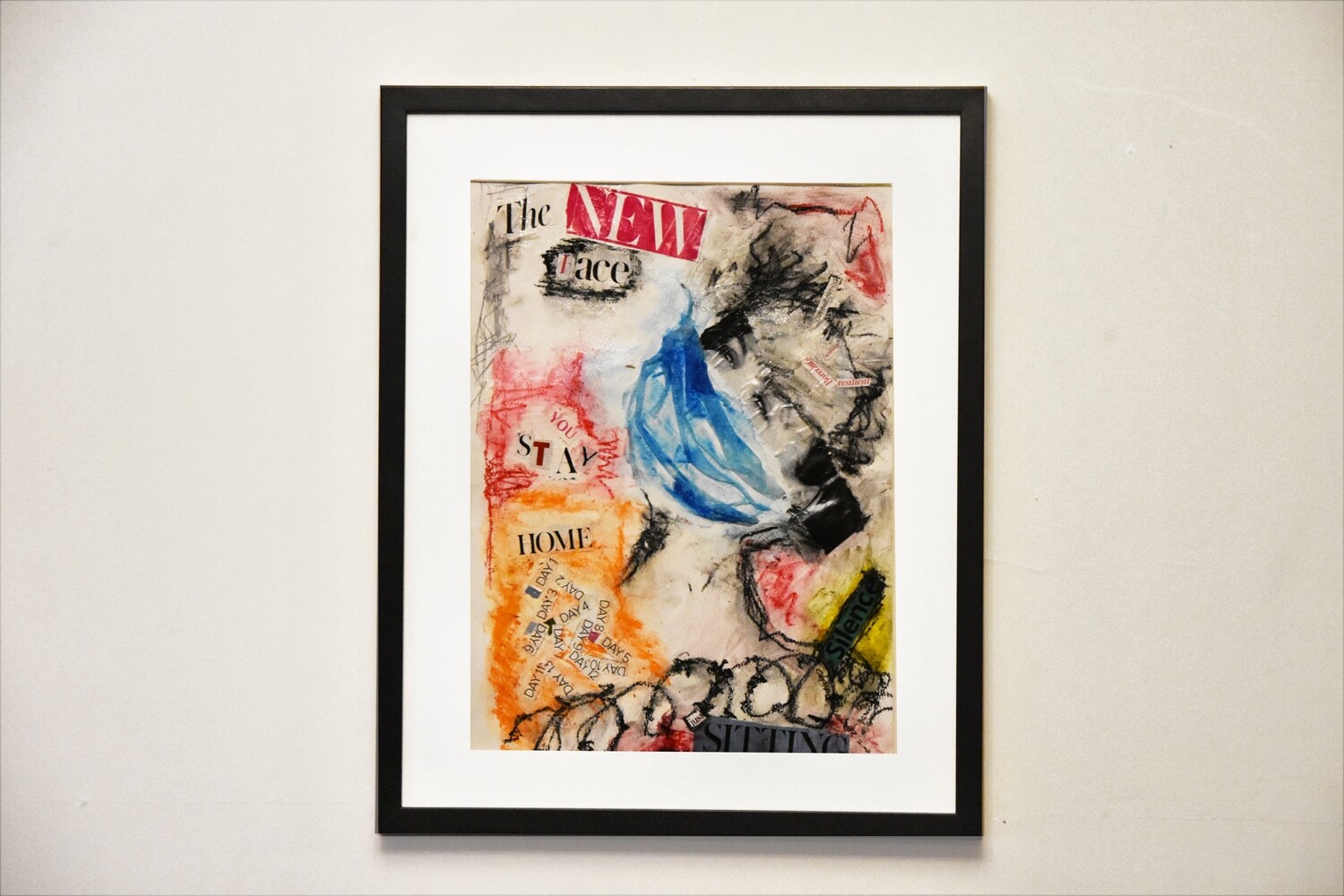 FRAME NOT INCLUDED (AVAILABLE AT AN EXTRA CHARGE UPON REQUEST

Created during the first days of lockdown, when masks became the new normal. Chava was reflecting on the restriction of movement, the new concept of counting days to go out of isolation, and the "new face". How we have learned to recognise people and communicate with only our eyes on show intrigues Chava, especially the way our eyes can tell a story. Perhaps it's the mystery of what lies beneath the mask, that makes the piece so poignant. The notion of being unable to freely travel is a new concept, and through this notion Chava attempts to investigate the influence it has on us as individuals.

Save this product for later
Display prices in: GBP